This Saturday (2-3-18) the Pocahontas Area speech department traveled to the ice cream capital of the world to compete at the state speech contest. The Indians took a total of 5 teams to state competition. Their first competition of the day, Readers Theatre, started bright and early at 9 a.m. The Readers Theatre group scored a II overall. Up next, at approximately 2 o’clock, both of the Group Improv’s and the Short Film performed. Group Improv 1, composed of Chase Boeve, Lynette Nesbitt, Lindsey Hubbell, and Cooper Christians, attained all I’s in their performance, along with the Short Film, created by Daniel Foster. Group Improv 2, featured Dawson Fischer, Chris Meyer, Cheyanne Orwig, and Danielle Wilson, got an overall score of II. PAC’s final event of the evening, Choral Reading, started at 5:30. They earned straight I’s.
​
After their long day at LeMars, Iowa, the Pocahontas Speech Team concluded their season with a total of 3 I star rating performances, and 2 II stars. Despite their outstanding performances, Pocahontas Area did not have anyone selected for All-State. It was a great season. Congratulations! 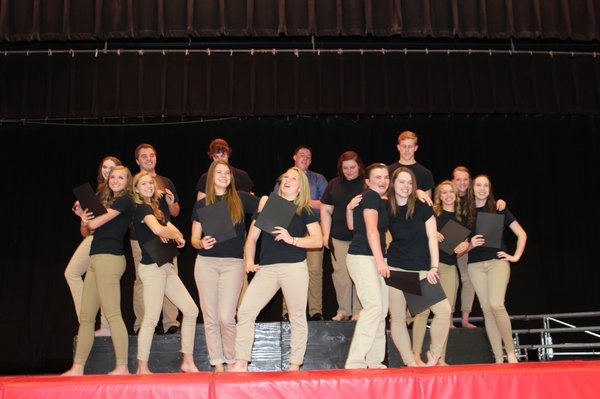